A year of drama, death, conflict, and terrible decisions. I'll never forget waking up at 6am on the morning of the 24th of June. It felt like waking up somewhere else. Somewhere I didn't recognise. It felt like a cruel trick. Who knows how we will deal with the after effects of 2016 in 2017.

Let's take time to reflect on other things shall we?

In my 2015 retrospective, I said I wanted to travel to fewer places but spend more time getting to know each place. I certainly achieved that this year. I was a lot more picky about the conferences I went to and I think it paid off.

I spent two weeks in India in February, visiting Mumbai, Delhi, and Goa. I really enjoyed seeing a totally different culture. I'd love to spend more time there and really immerse myself in life in India. 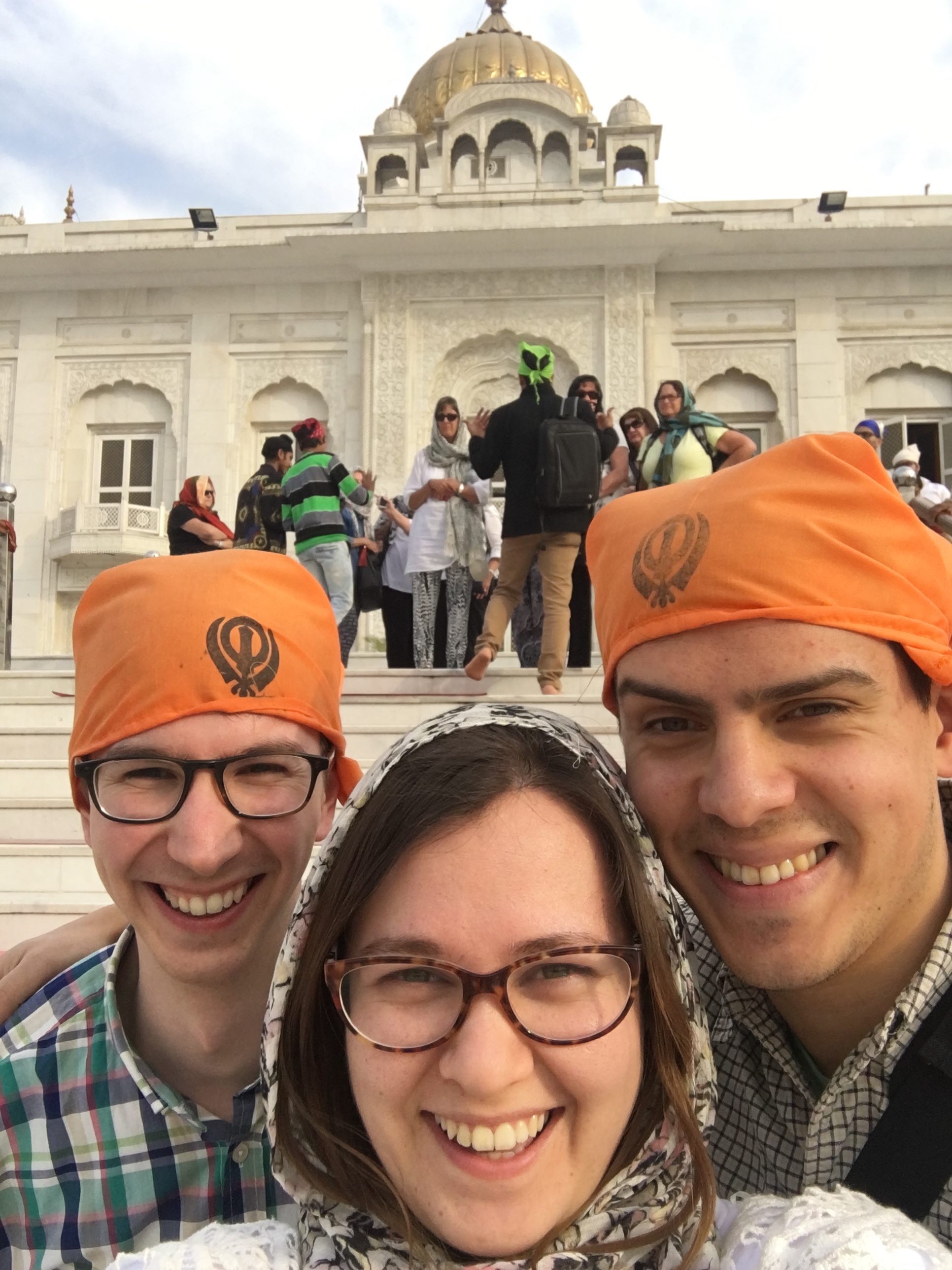 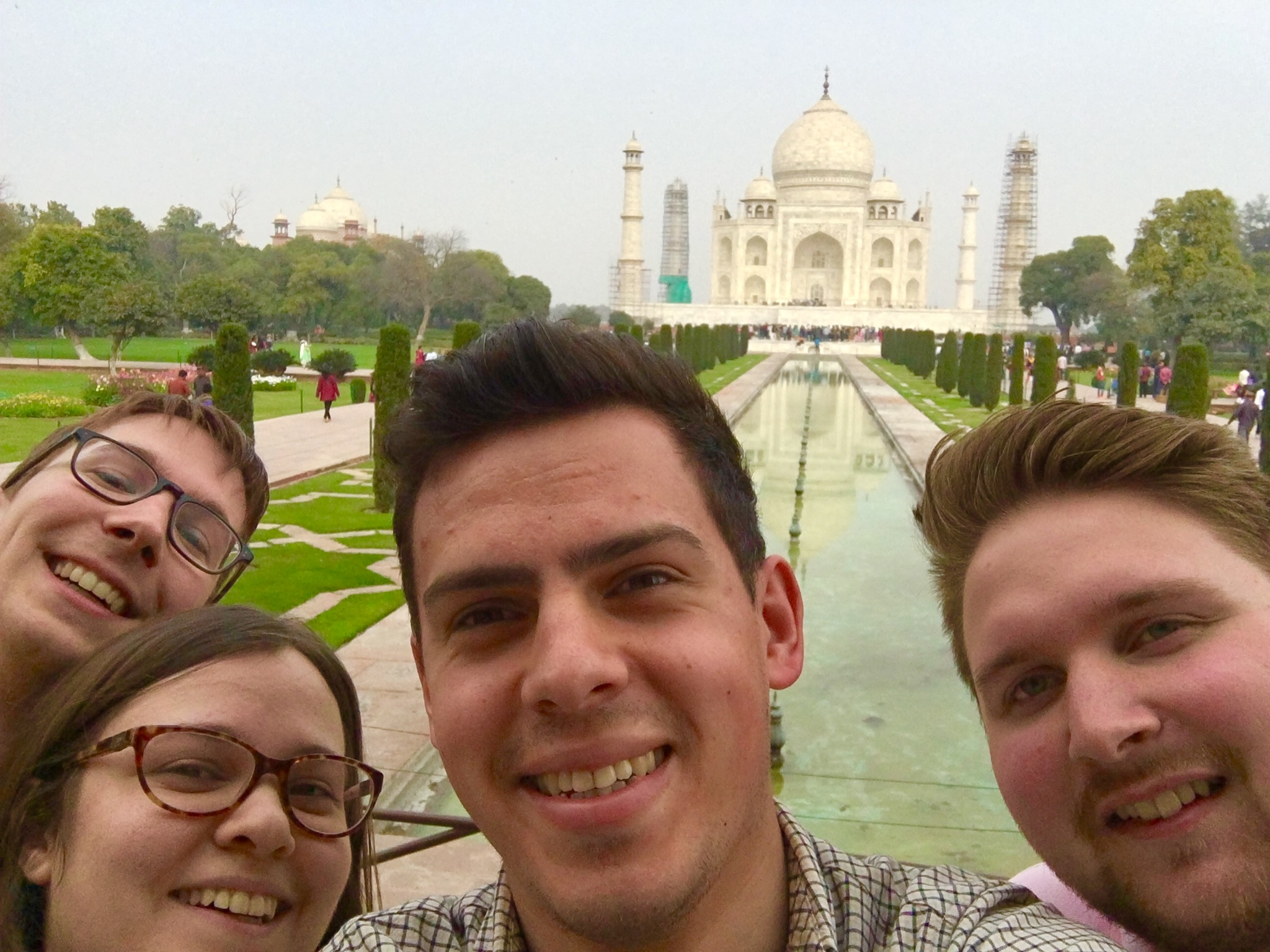 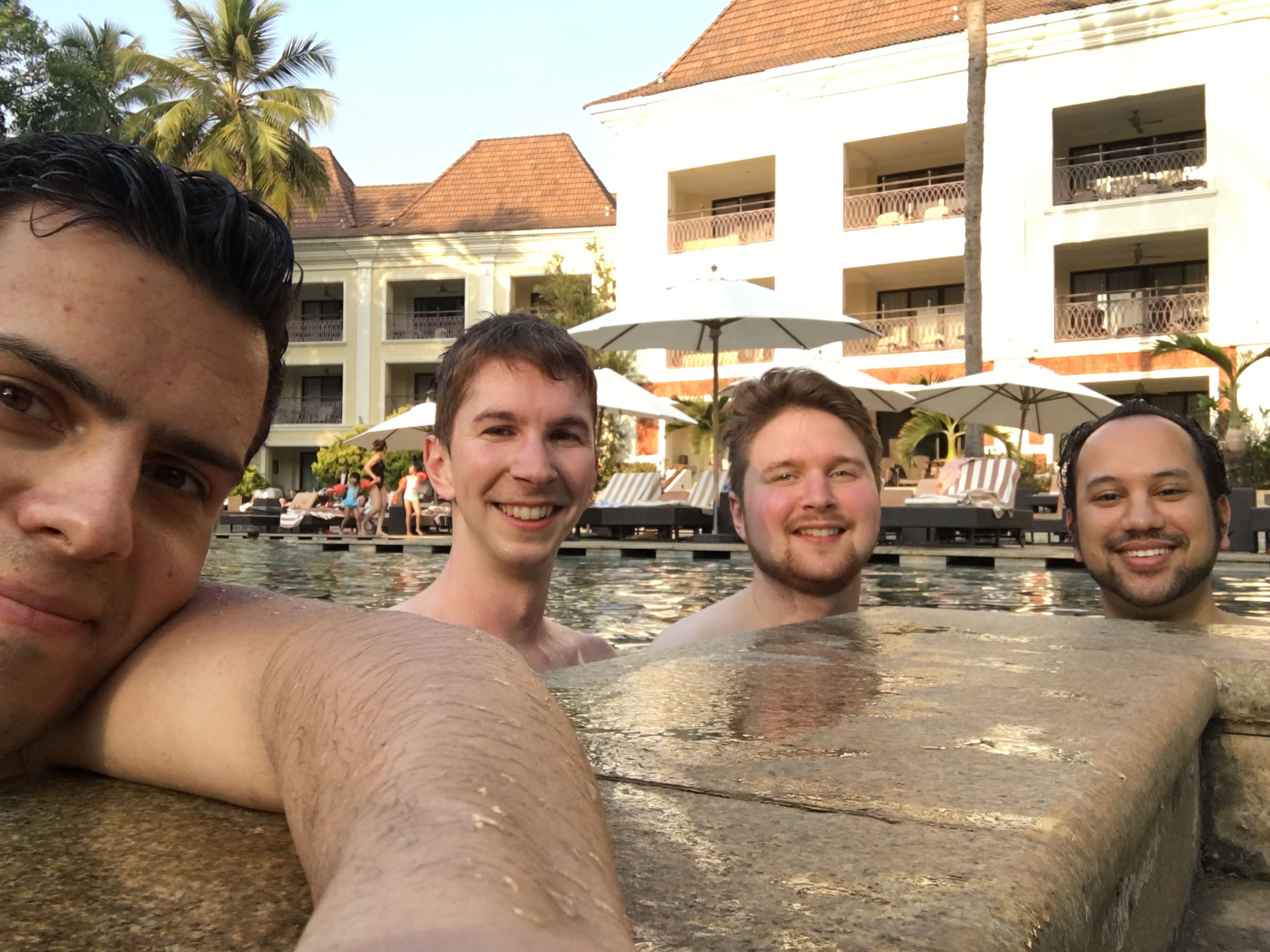 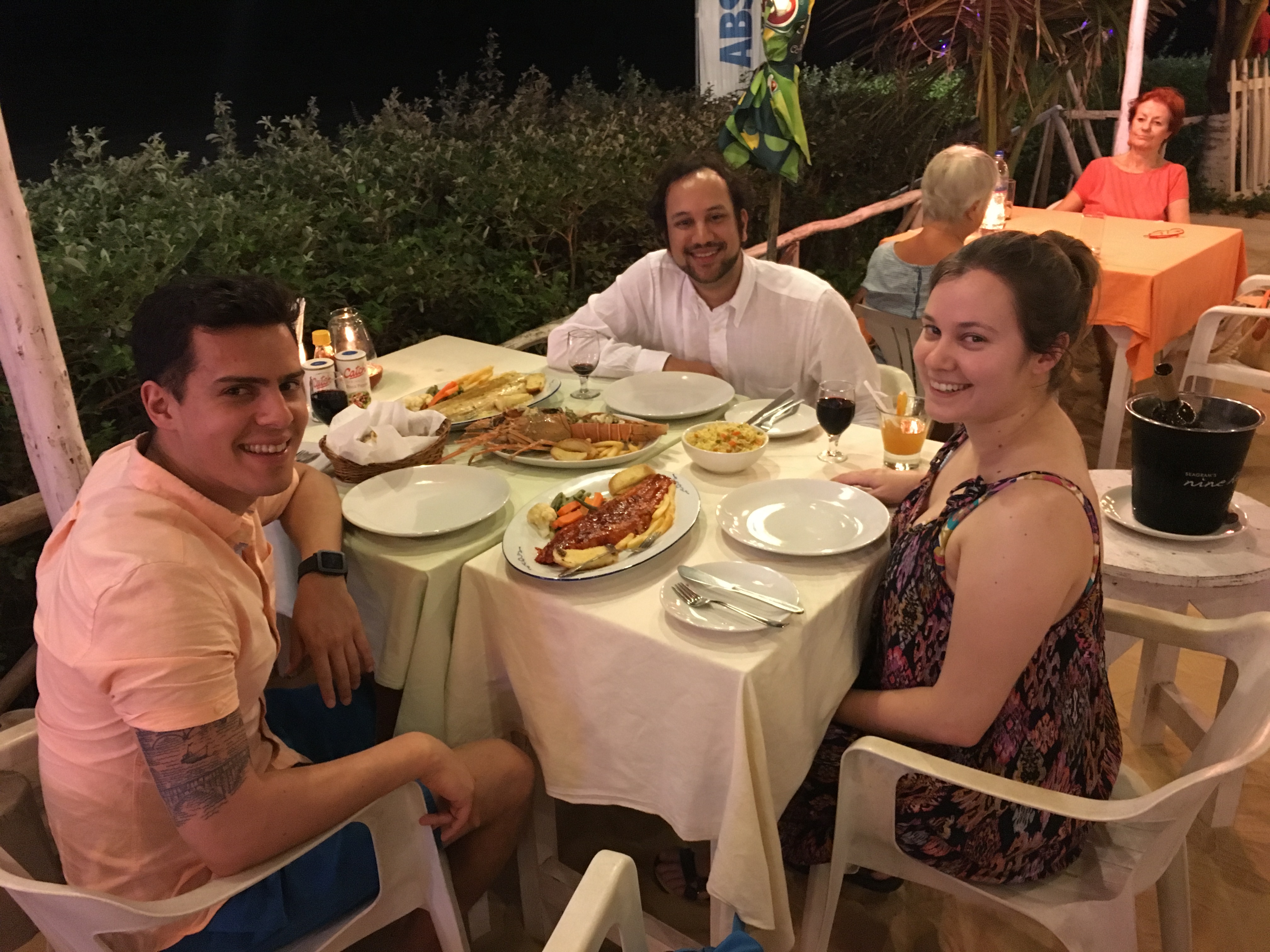 I also spent two weeks travelling around France for the Euros. In a year that's been defined by xenophobia and small-minded views, the Euros was a great example of how people can come together. We didn't experience any of the violence that followed English football fans around, having missed out on tickets for English games completely. That turned out to be not so bad at all. I had a great time going to games as a neutral, especially as we saw all three group games of everyones second team: Iceland! 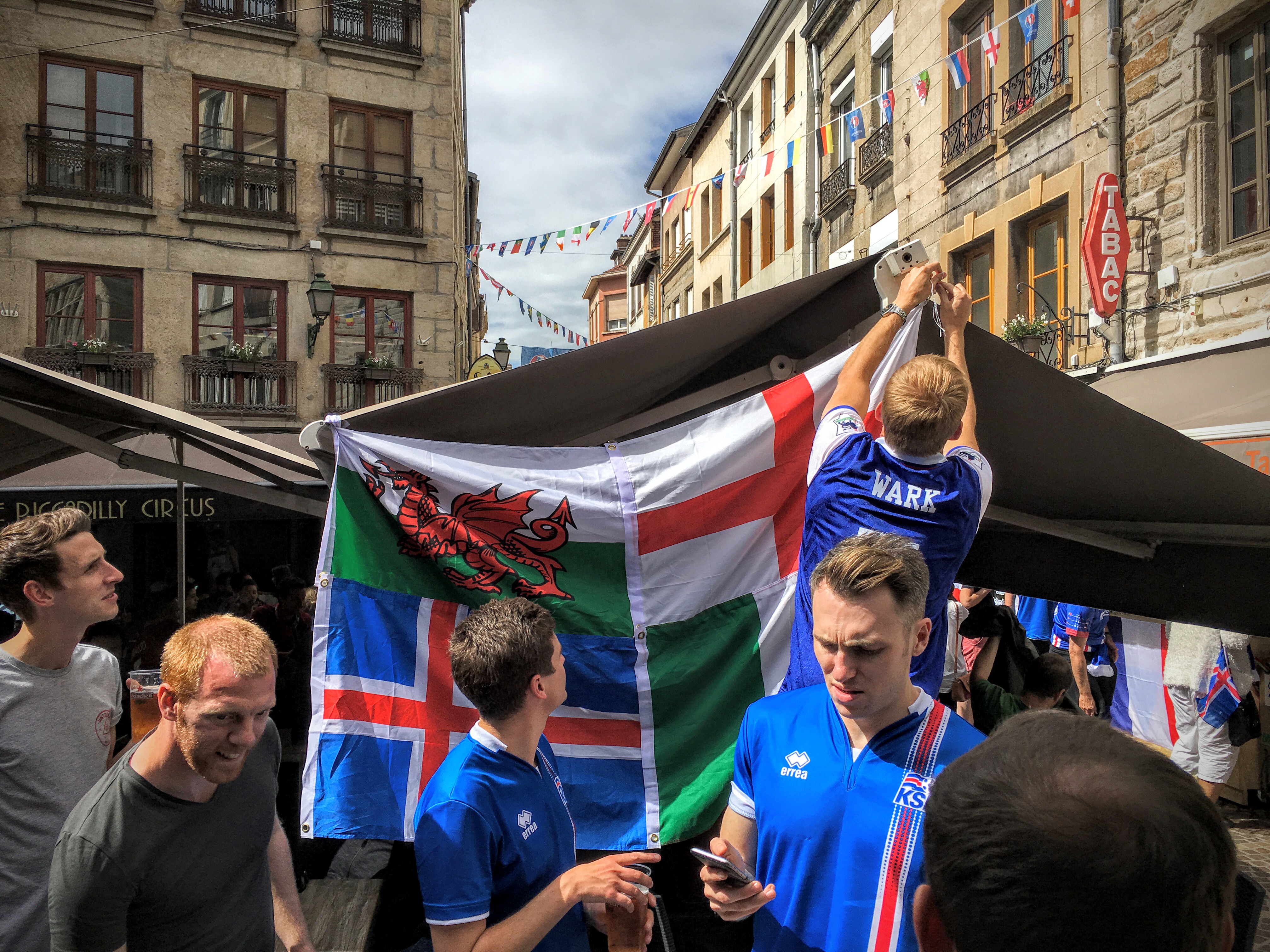 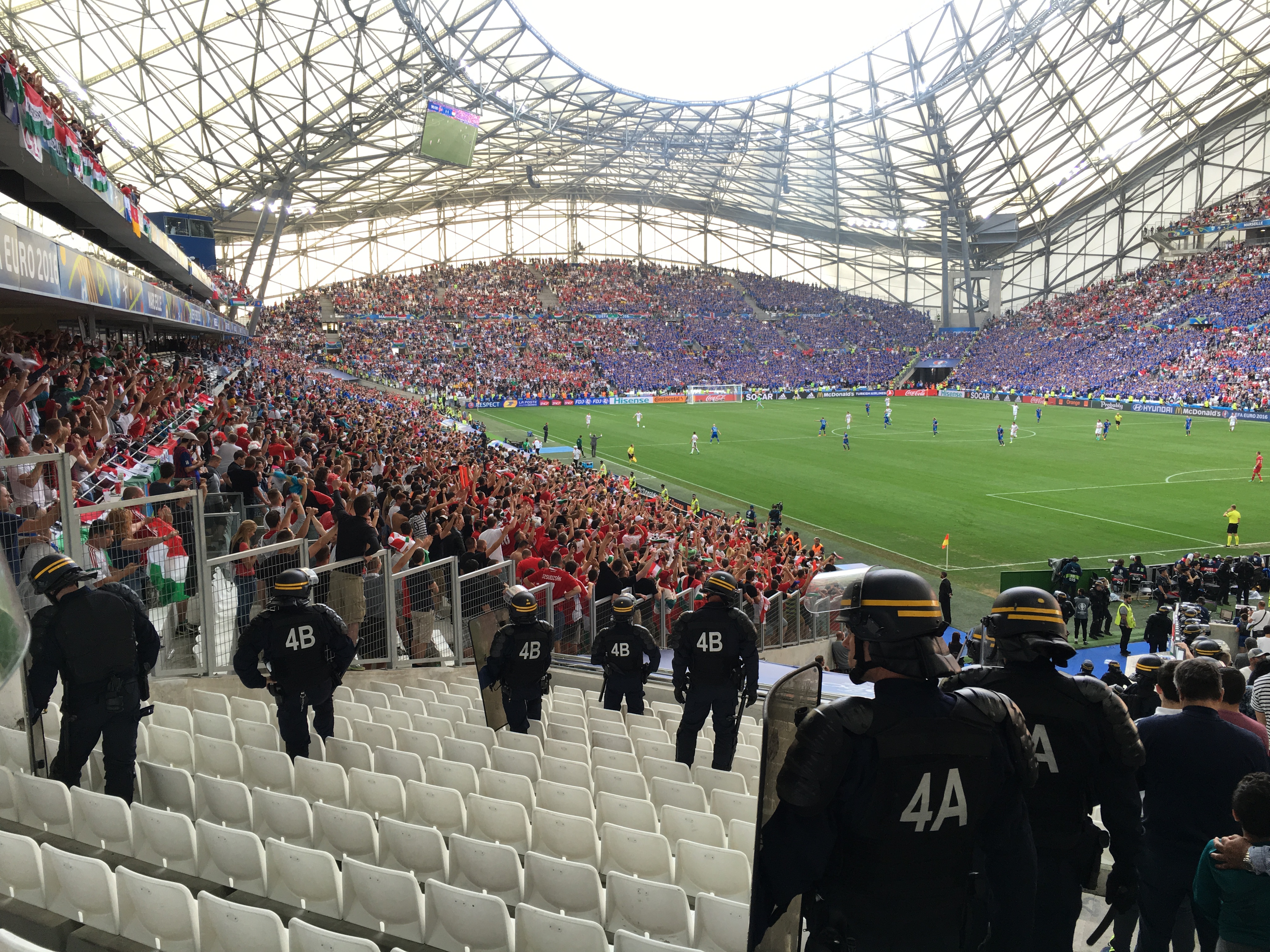 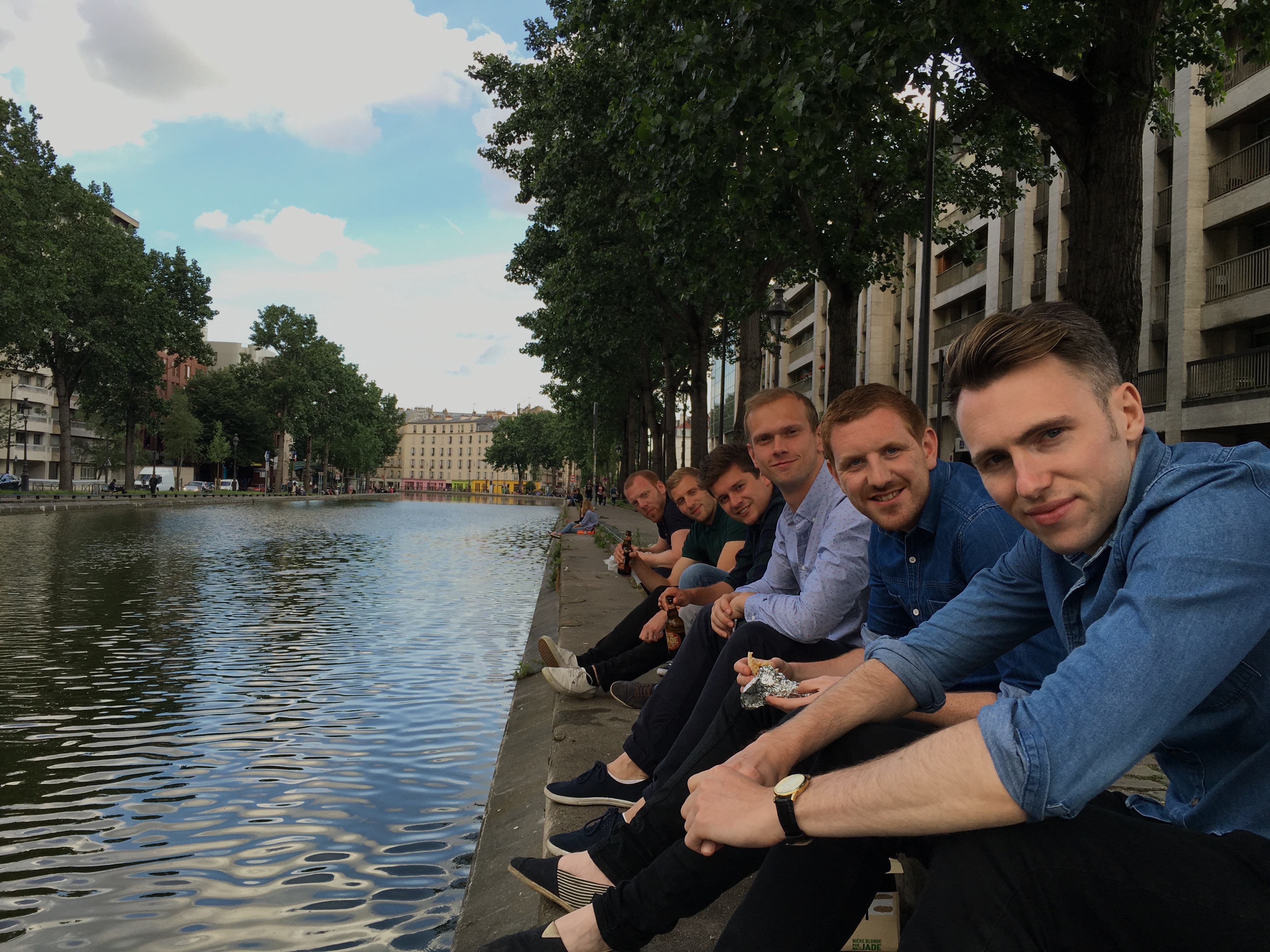 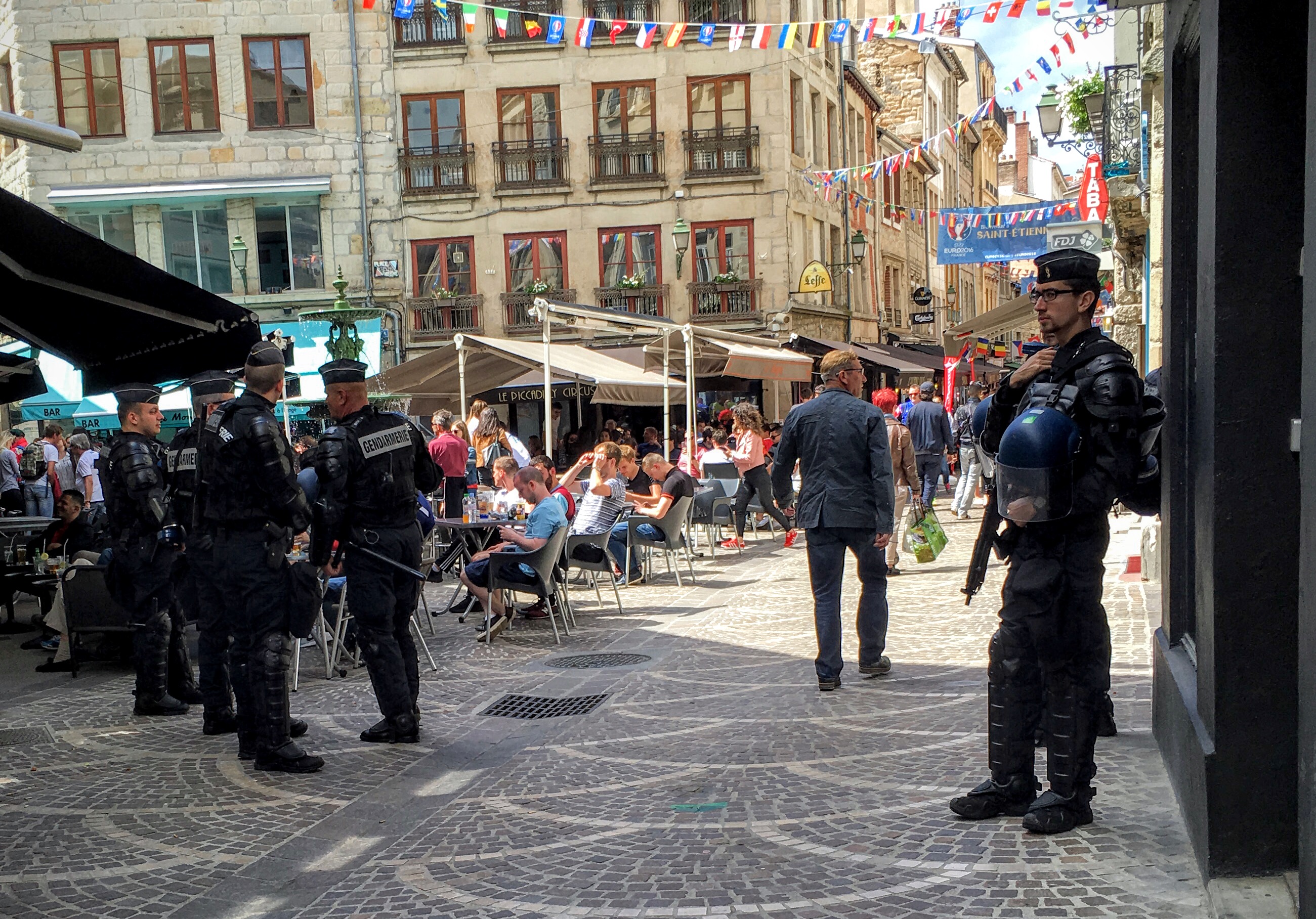 So yeah, work. I had big plans this year to re-focus on UX and Design and spent less time distracted by other areas. I totally failed to achieve that goal. I left Wunder, and teamed up with some ex-colleagues to form a new agency. Not a small task in today's climate. I've said many times, the kind of place Wunder had become was not the place it was, and to stay there would be effecetively leaving what I had been working so hard to achieve.

It's meant six months of very hard work, not much of that is work I set out to do, but the opportunity to build a great place I want to work at is too good to pass up. I can't forget how priviledged I am to be in a position where I can make these kind of decisions. Onwards to 2017 please.

Side note: I also officially stepped down from my maintainer responsibilities for Drupal Core. It feels weird not being surronded by that community anymore, only dipping in now and then, but there are some things I don't miss and I don't expect I'll get involved in the same way I was ever again. I enjoy having the free time to spend on other thing that are more rewarding and less punishing.

Wow I wrote so much in 2015. This blog was bare in 2016 by comparision. I posted several articles to Medium, as a way to better promote Convivio, and I've been meaning to copy them over to this blog. With the recent news around Medium, I better hurry up!

This year, I'd like to get back to more personal blogging. It's theraputic.

I didn't present on Drupal this year! I gave one presentation several times: Super Collaborative Design Processes for Teams. I presented it at UXCamp Brighton, Drupalcamp Bristol, and Drupalcon Dublin. I didn't really get much of a chance to evolve the talk and I haven't been able to do much of the kind of work I was presenting on this year, I felt like a bit of a fraud at times. Maybe I won't speak at all this year.

I went to some amazing conferences this year, met some amazing people, and ate some amazing food. Hybrid Conf in Berlin, Leading Design at the Barbican, and UX Brighton in... Brighton. I learned a lot about how to better work with others this year, and lot less technical stuff. It was great!

I discovered Blinkist this year which has been a bit of a revelation for me. I don't have a very positive relationship with reading, treating it more like a joyless chore than something I do to relax and enjoy. Blinkist makes sitting down to read less intimidating.

Goal for 2017: Read parts of longer books I really enjoy, skip the parts that bore me.

I published a little post about learning to skate. I started feeling natural on it by the end of the summer.

I also experimented with some other musical instraments I'd never really found much joy in before. I bought a keyboard and bass off ebay for dead cheap and played around. Turns out I really enjoy bass! I'm going to spend more time on the bass in 2017. 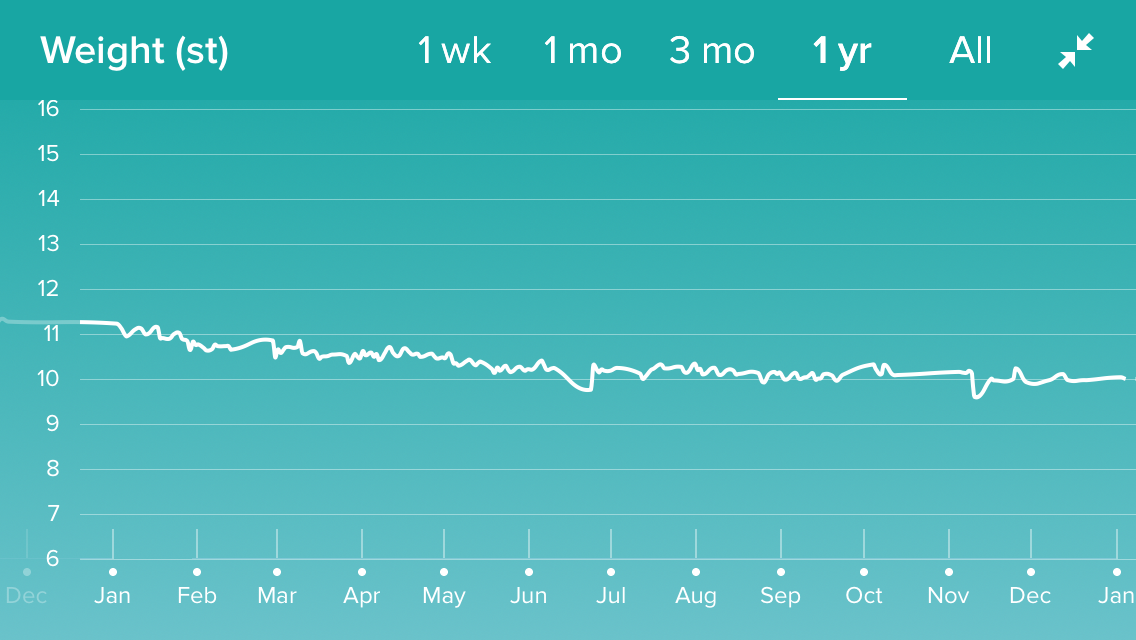 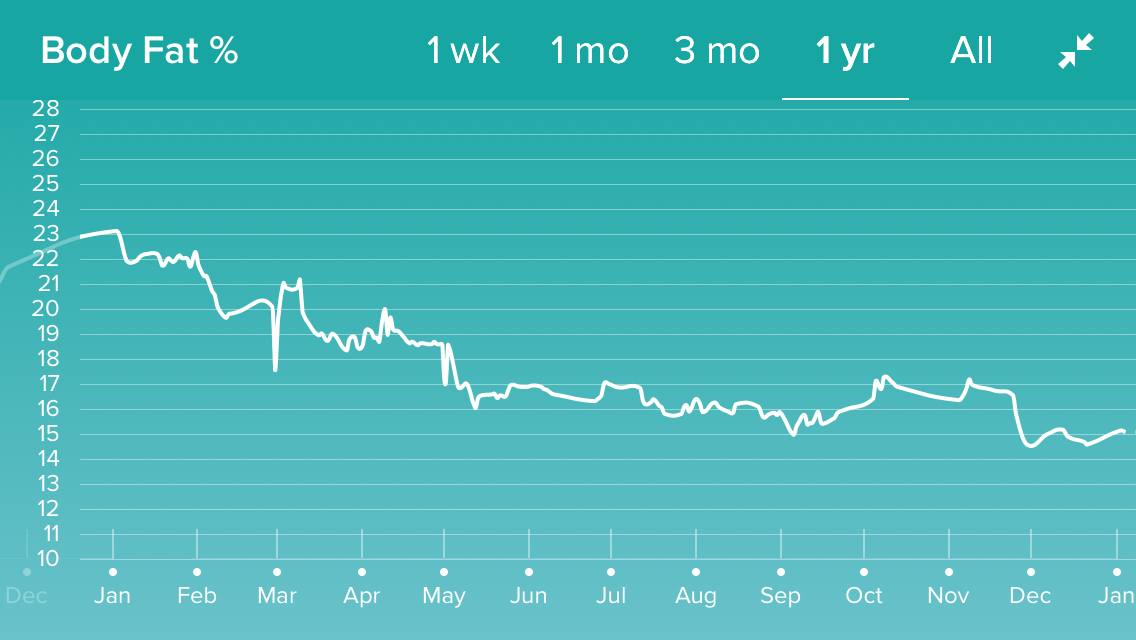 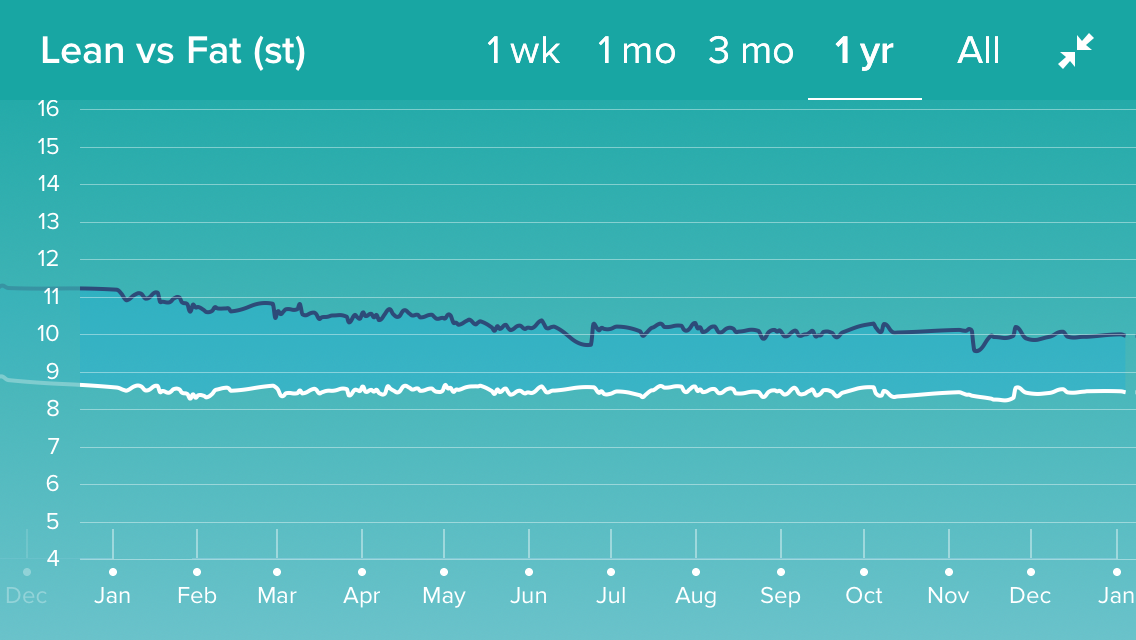